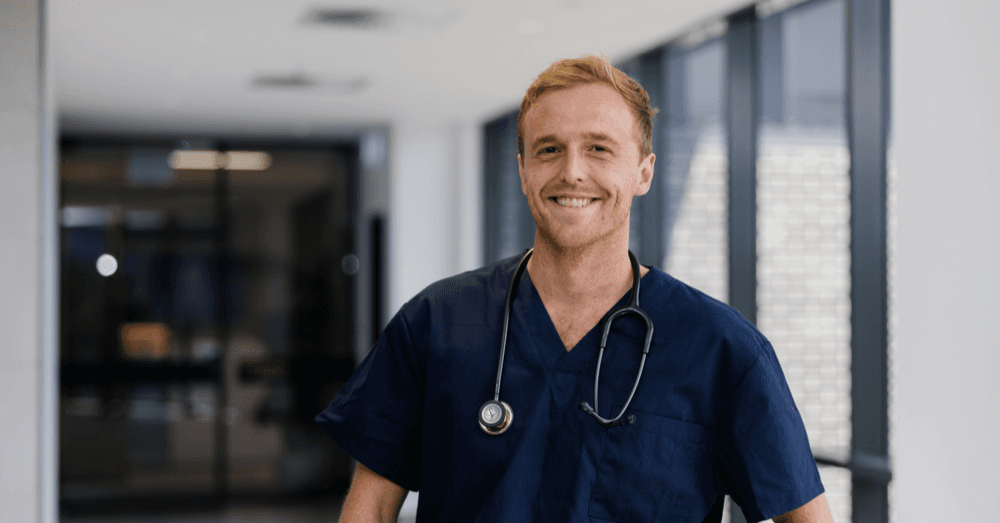 David Homewood is a junior doctor and Medrecruit locum. We caught up with him to find out about his locum year (spent travelling Australia in a van) and how this helped him decide on his career path.

Tell me a bit about you and why you became a doctor?

I grew up in Geelong (like an hour south of Melbourne) in between Geelong and the surf coast which was a pretty idyllic childhood with lots of beach time! And then I moved to Melbourne for uni and then work.

Getting into medicine was a long and windy road. I originally wanted to do music while I was at school. I was really into jazz music so I applied for the VCA and a couple of other jazz schools and didn’t get in, so I was a bit like... What am I going to do with my life?

So I took a year off and travelled around Europe and had some time in Asia and whilst I was there I had a bit of time to reflect. Then I did a few years of my undergrad degree and fell in love with the science of medicine. I worked in a GP practice and just saw the tangible difference that doctors make in people's lives and that tangibility, as well as medicine in general, just really drew me to it.

I started off in Melbourne in a busy inner-city hospital and did my internship and surgical resident year there, this year I decided to take a year off, travel around Australia and work for Medrecruit.

How did you find Medrecruit?

One of my friends referred me to Medrecruit, to Eliza who is my agent, and that was when I was thinking about taking a year off. I was just really tired, with all the Covid lockdowns, and huge hours I just felt like I needed some time off.

I didn’t really know what I wanted to do within medicine so I thought if I had some time off, did a bit of travelling, and had some time to think that would be good. So in 2021, I bought a van and retrofitted it throughout the year, and then in 2022 headed off on a locum year.

What did you enjoy about working as a locum doctor?

I think the best thing for me, was that locuming allowed me autonomy. I could go where I wanted, work as much, (or as little), as I wanted, and had the chance to work in different places. There was some really interesting work too. I worked in Lismore doing some ICU stuff, I worked in the Gold Coast doing orthopedics for six weeks, did some different ward cover jobs, and now I have decided that I am thinking about Urology. I communicated that to my agent (Eliza) and three weeks later two months of work popped up at the Sunshine Coast University Hospital which I am pretty excited about so that will be later in the year.

To paint a difference between my 2021 and 2022, 2021 I was working 60 hours a week most of the time, and there were times when I was pretty exhausted and feeling pretty sick of medicine. In 2022, I’ve worked sometimes 3-day- 4-day stints and sometimes a few weeks.

I have been able to surf as little or as much as I want, driving around in a van, I’ve spent heaps of time with my mates, I've had time to go out for nice dinners, surf, rock climb, go to Europe! I’ve had an awesome year. It's been really nice to have good earning potential but also autonomy.

I’ve got Eliza in the chair in the office, always there, always looking out for me, and always finding me the perfect next job.

I think that it’s something that otherwise as a doctor you don’t have. You have to do all the administrative stuff yourself and go out of your way to try and get things organised. You don’t have someone in your court, but when you have an agent like Eliza at Medrecruit, you’ve just got someone in your court, you’ve got someone watching your back, and there’s always someone there who will put your best interests in front and foremost at any hospital you work at. It’s just really refreshing and nice.

Now I’ve decided that I want to do urology I have been lining up a research year in Europe and I have just come back from over there. Having the time to do that sort of thing is pretty precious because as a junior doctor usually you have like four-five weeks of leave and that’s it, but if you do locum work you can take some time to figure stuff out. So I went over to the UK and followed a urologist over there and I have lined up (hopefully) a research job over there. So that is my plan for 2023.