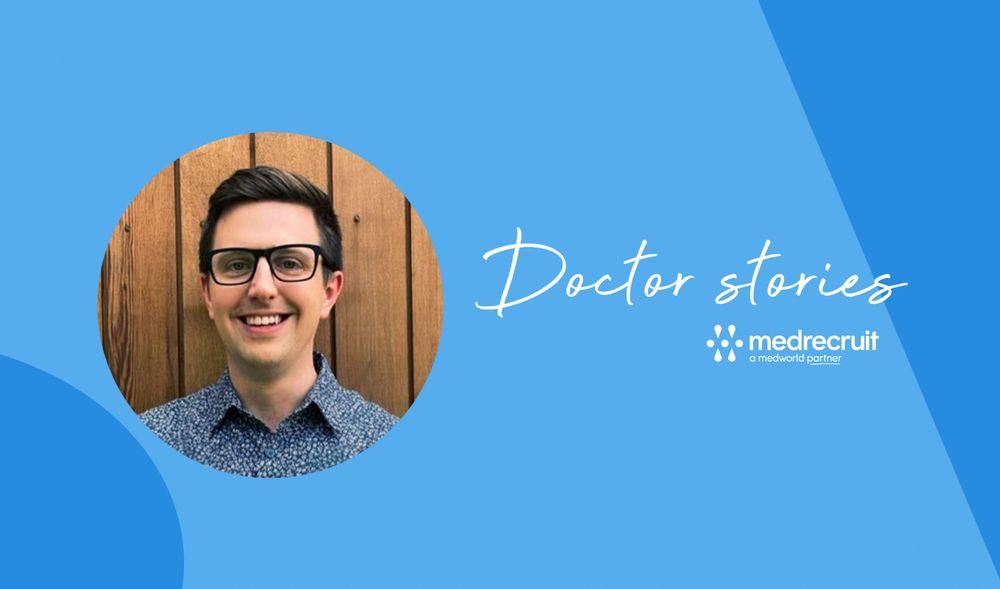 Is the grass greener on the other side?

British doctor Andrew Deans made the move from the UK to New Zealand in 2017. He contacted Medrecruit to help him complete the necessary paperwork and find doctor jobs in New Zealand. One year into his Kiwi adventures, we asked Andrew what it’s really like for a junior doctor to make the move from the NHS to the New Zealand health care system. From planning the move to settling in at an Emergency Department in Southland, here’s Andrew’s experience.

What made you decide to move from the UK to New Zealand?

It’s something I’d always thought about doing, from early on in med school I thought about getting experience in a different medical system and New Zealand is a country that really suits me. I spent my first few years working in Scotland and there are similarities between the two; the outdoors lifestyle, the hiking and the skiing, attracted me.

I also met a lot of doctors who had been to and worked in New Zealand. Most had come back for family, but not one said they’d had an awful experience. They all said they’d had a really good time there. So I thought I’d come to New Zealand with an open mind and see where it takes me.

What was your first step?

I was about halfway through my FY2 training and I thought right, it’s time to get serious about this, as I knew the medical year in New Zealand is different. In the UK, it runs from August to August but in New Zealand it’s November or December, which is great if you’re coming from the UK because it means you’ve got a few months to do some locum work and save up extra money, get prepared and arrive early in New Zealand so you’re not stepping off a plane and onto the wards.

I started some casual research about 10 months out, to look at maps, figure out where things were and what sort of jobs were listed. I don’t think you need to start that early – but it was nice to plan, procrastinate and fantasise about working in New Zealand.

What differences have you found between the doctor job application processes?

In the UK, the process is quite rigid, there’s a strict procedure. The listings go up at a certain time, there’s a certain number of places and at the end, you find out whether you have a place or not.

In New Zealand, there’s a little bit more of the traditional ‘who you know’ system. You’ve got to figure out how to get your foot in the door which can be challenging. I’d had a look at things myself and had a rough idea of what I needed to do, but I wanted someone to guide me through it. That’s when I found Medrecruit and I’d spoken to people back in the UK who said they’d gone through recruitment agencies when working in NZ and the Medrecruit name cropped up a few times.

I planned to apply for jobs in August because the national cycle of New Zealand recruitment occurs over May, June, July. Of course, I’m sure New Zealanders are prioritised so I thought it would be a good idea to wait and see what was left – that way the field was narrowed down for me. I found it also helped to choose a geographical location to narrow down my search; I chose to focus my search on the lower half of the South Island.

How is your day-to-day work different? Are your responsibilities different in NZ?

The levels of training are so equivalent that there’s not much difference between the UK and New Zealand medical qualifications and experiences. I knew what level I was getting in at and an SHO at an Emergency Department in the UK is basically the same as an SHO in ED in New Zealand.

But the experiences you have day to day are worlds apart. In the UK, there’s a huge amount of pressure on you with 4-hour targets; a lot of your job is to triage patients. There’s no time to diagnose or treat; you figure out which speciality they fit under and off they go.

In New Zealand, the expectation is that you’ll investigate your patients and have the diagnosis or will have at least started that diagnosis process. You get so much more time with your patients… to actually do some medicine on them. I can’t speak for larger hospitals – my experience so far in New Zealand is from a smaller hospital – but we had an excellent relationship with our inpatient team. You’d pick up the phone and you know exactly who you’re talking to on the other end of the line. You’ve got a rapport and it’s very much a colligate team effort. It’s so much better!

Another thing that sounds little, but means a lot is that we get a free meal every shift. The fact that the hospital ensures you’re fed and watered and that you’ve had time to take a meal break shows they care. You’re a lot more likely to get a meal break here. Teams tend to go to lunch together which I think is great for working relations too.

Is the doctor to patient ratio the same?

One of the reasons for this is that in New Zealand, hospitals have a full-time ‘reliever’. It’s their job for four or six months on, say, Surgery, to cover any annual leave or absences at their level. They’ll be called to other areas of the hospital if needed too. It’s a hard job, but it’s well compensated and a lot of doctors use it to save some extra money and get a greater variety of experiences.

What do you wish you’d known before you moved to New Zealand? Any tips or tricks for other doctors considering the move?

I think the grass really is greener on the other side! I’ve been lucky in that the job I’ve gotten into is really good and it really suits me. I’ve landed on my feet in that sense.

I’d say there isn’t much information out there about all of the paperwork you have to go through, things like getting registered with the medical council. It would have been good to have known there was so much to do… but that it was all worth it. Yes, it’s disheartening to have to jump through all these hoops and fill out paperwork but it is worth it on the other side. I did mine over the course of a few months, but there was probably the best part of a week – full days – of paperwork.

You also need to make sure you have a good few thousand pounds in the bank to pay for things like flights, medical college application, and fees, a car (and driver’s license), set up with a new phone company… all the little things you take for granted in your home country. I’ve had to pay for a few more things than I was expecting to, but it’s important to note that the pay is good over here and you’ll make that money back. Treat it as an investment, because I’m certainly making more money here than I would be in the UK.