Changing the way we talk about exercise with patients

In medical school, students are taught to talk to patients about the impact poor diet and smoking have on long-term health. But it feels near-impossible to cut through in the real world.

Dr Ash Bowden recalls a statistic that around 1 in 120 patients a doctor talks to about smoking cessation makes a lifestyle change. But he’s still positive about the impact consulting patients can have and says that talking to individuals about being active could be powerful:

“No one's ever said you should do the same thing about exercise, despite exercise being an easier one to consult people on.

“I've made a point of talking about exercise and it will be a maximum of five minutes – usually it's only 30 seconds – and I'll ask someone how active they are. And I use that language because it usually makes them think a little bit.”

The Emergency Department registrar has become known on Australia’s East Coast as ‘Doctor Do More’ – the doctor that’s trying to get his community to be more active.

“They'll often offer their own advice of, ‘I guess I could take myself for a walk to the shops rather than drive’, and then I'm like, ‘oh, why don't you give that a go?’ And that's it. I try and incorporate that with every patient. And I try and encourage all of the doctors that I work with to do the same.”

“I want to keep pushing the simple message that exercise is good. And I'm always finding different ways of getting it out there. … There have been some really powerful conversations.”

Dr Ash’s website, Do More, lists a huge range of activities in the area. He also gives seminars and workshops to educate people on living more active, happier and healthier lifestyles. In late 2019, he was awarded Junior Medical Officer of the Year for his ‘significant contribution to the activities and positive culture of Central Coast Local Health District.’

Dr Ash has always enjoyed being active, but it was a ward round while training with Professor Levett (then the president of the UK’s Perioperative Exercise Testing and Training Society), that made him realise the true impact of exercise on health.

“Every patient we saw she'd give me some punchy fact about the value of physical activity and fitness and how it ties in with health. She'd be able to tell me that if someone had a lung volume of X amount, their risk of surviving intensive care was this much lower or this much higher.

“… it wasn’t about how much noradrenaline this patient had or the settings on the ventilator, it was: can this person, when they're well, climb a flight of stairs or not? I can remember it so clearly; I got to the end of the ward round and I was just in awe of her thinking. I thought: this is so amazing and so simple. It resonated with me as someone that had always kept fit, but not really realized the impact it had on my life.”

Changing how we talk to patients about staying active

Dr Ash highlights the overall impact that exercise has on our health and says that the messaging around why it is important should focus on the mental health boost as well as long-term benefits.

“People don't really care about their risk of diabetes because it doesn't mean anything to you until you are losing your vision or can't feel your feet. And it's the same with heart disease. No one’s thinking: oh, my arteries are getting furred up – until they have a heart attack.

“No one's going: oh, well, cool. That will reduce my stroke risk by 18%! They go: yeah, I feel better after that. I think that’s what is relatable: the message that exercise improves all of health.” 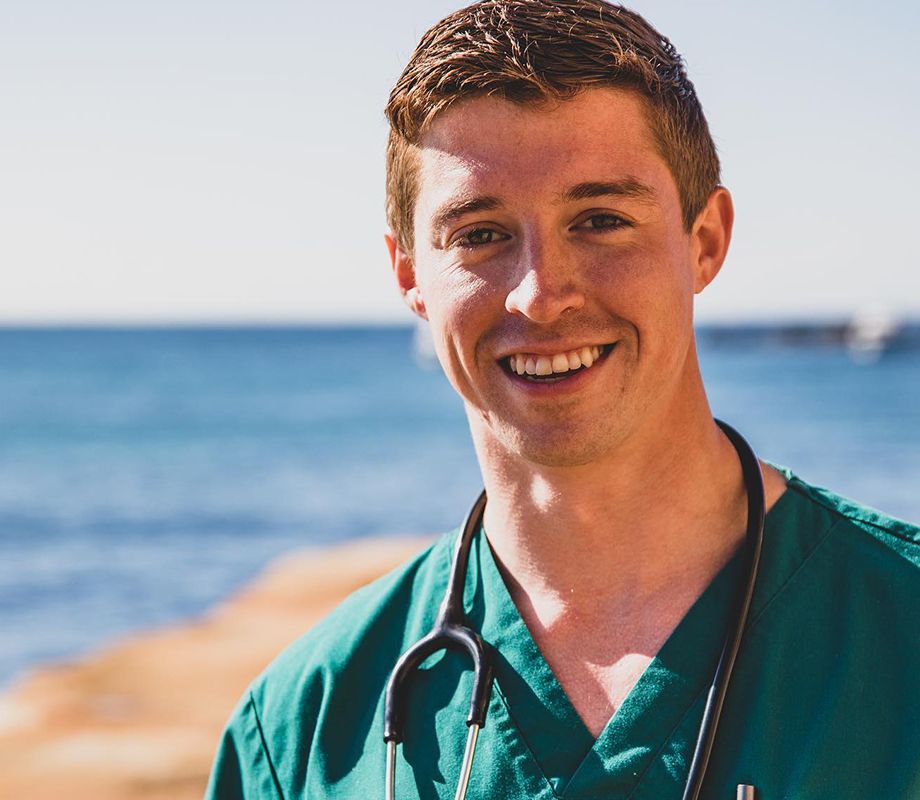 Andrew shares his experience of moving from the UK to New Zealand, to work as a doctor
Article by Bethany Rogers | 23 Jul 2018
Our Doctors