What are the highest paying doctor jobs in New Zealand?

Physicians and doctors in New Zealand earn significantly more than the national average. According to Seek, the median income for an individual in 2018 in New Zealand was $52,000 (NZD) but figures from Careers NZ indicate that the average annual salary for medical specialists was $187,000, and $97,560 for residents and registrars (figures from 2017 – 2018). 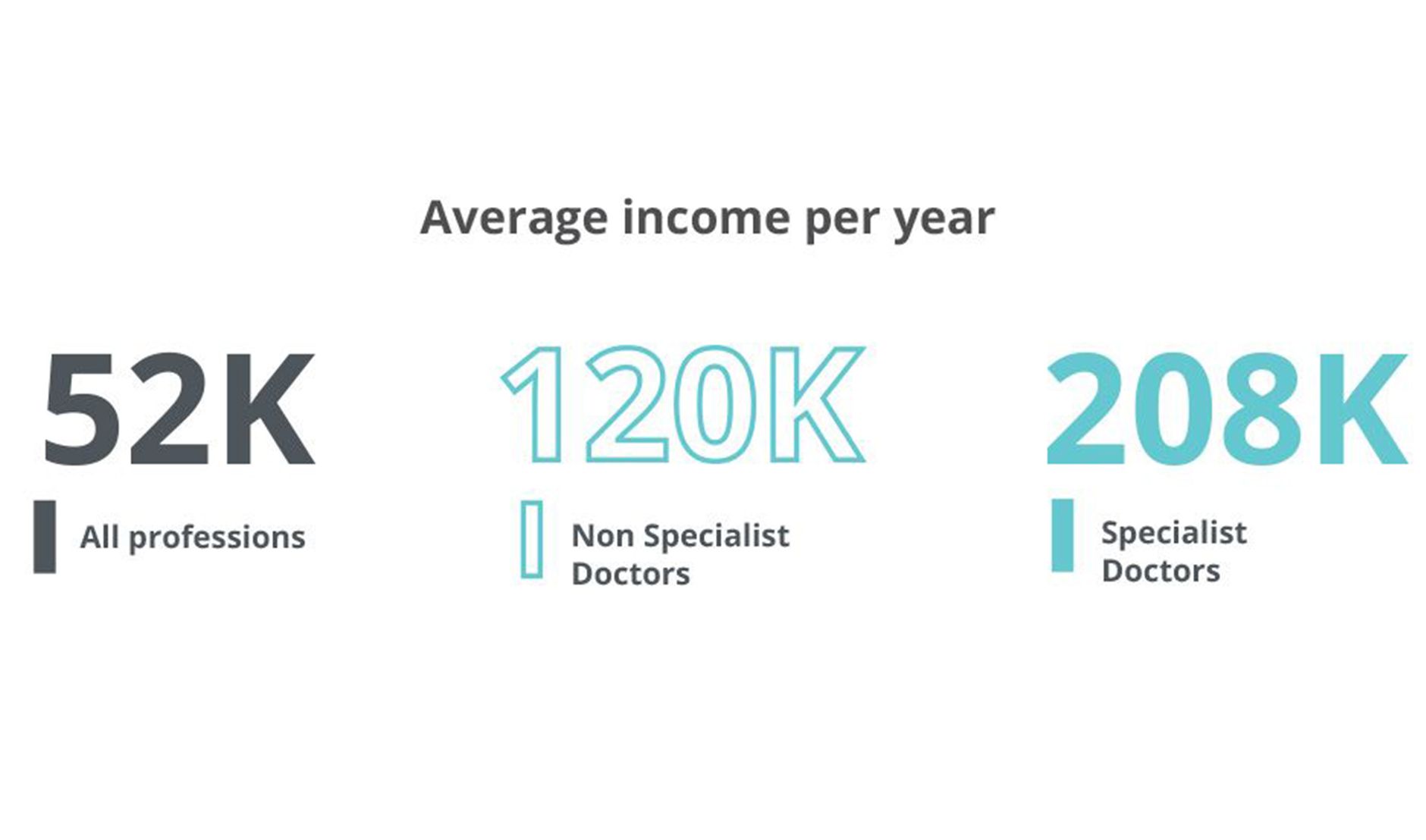 Doctor salaries have remained healthy across 2019 and the forecast for 2020 looks good too – doctors are still in demand and this keeps salaries high and steady. Another factor is the level of education required to become a doctor; figures from the ministry of education suggest that individuals with postgraduate qualifications (such as Honours and Master’s degrees) earn 95% more than the median income and those with doctorates earn 130% more than the median income.

If you’re thinking of living and working in New Zealand as a doctor, you can expect a good salary that’s well above the national average. In international terms, New Zealand’s doctor salaries sit slightly below OECD averages, but the quality of lifestyle is often ranked much higher. The 2019 Mercer Quality of Living Survey ranks Auckland as the joint third most liveable city in the world, along with Munich in Germany and Vancouver in Canada. This is backed up by doctors we have worked with; they report working fewer hours for their salary that they would in other countries, and say that doctor remuneration supports a good lifestyle in New Zealand.

Among doctors, pay varies depending on seniority, hours worked, location and frequency of on-call and emergency work. Lots of factors come in to play, but figures suggest that the highest paying doctor jobs in New Zealand are for senior physicians in the private sector – up to $600,000 annually. That’s more than eleven times the national average.

Physicians working for a District Health Board (DHB) are also top earners. Depending on seniority and hours worked, physicians typically earn between $155,000 and $219,000. Registrars working for a DHB earn a great entry-level rate of between $72,000 and $182,000 a year.

Experienced anaesthetists working for a DHB earn on average slightly less than physicians and radiologists, but it’s still a respectable $151,000 – $212,000 per year. Experienced surgeons can expect to earn a similar salary.

How NZ doctor salaries compare to other countries

The salary pattern for doctor jobs is broadly similar to that of comparative health systems like the UK and Ireland, however, certain factors make general practice one of New Zealand’s top jobs. 44% of general practitioners in New Zealand are planning to retire within the next ten years and this, combined with the country’s growing aging population means there is a growing shortfall of experienced GPs. Bonds, strong salaries and hiring experienced GPs from overseas are just some of the ways the New Zealand government and health boards are trying to bolster GP numbers.

Demand means job opportunities for GPs are very good. Seek reported that GPs are among the top earners in New Zealand and have the ‘healthiest salaries’ with high demand across the country. The figures from 2016 suggest Canterbury offers the highest average salary for GPs at around $141,944.

When factors like available job opportunities, training required and earning potential are all considered, general practitioners have the best-paid doctor jobs in New Zealand.

Baby, do you have what it takes to become a urologist?

A successful career in urology takes specialist knowledge and specific skills. Do you have what it takes?
Article by Bethany Rogers | 11 May 2019
Career

Tips for locuming full-time from a doctor who's done it

Dr Yon talks about why he became a full-time locum doctor, the ups and downs of the lifestyle and his top tips
Article by Bethany Rogers | 25 May 2018
Career